How to broadcast on Periscope using NewTek's TriCaster

Mobile apps that stream live video are not new, but with the introduction of Facebook Live they have become one of the hottest segments the consumer video app market. Well before Facebook's entry into this segment, one of the most successful live mobile streaming apps was Twitter’s Periscope - an early pioneer in this market space (along with Meerkat, who has since pivoted to release a video conferencing app called Houseparty).

From its inception, Periscope was designed to allow anyone to “go live” right from their mobile device - anytime and anywhere. It enables anyone to become a mini ‘broadcasting station’, using their phones to share news events as they happen, or to offer more personal and direct interactions with their audiences.

Given it's simplicity and reach, business owners and other professionals have been using Periscope to extend their ‘personal brand’ and to advertise their skills, products, or services. While the ability to stream right from a phone is compelling, I’ve had many people asking me about using a NewTek TriCaster or other professional gear to drive Periscope for their more structured productions.  While there were several work arounds discussed online for making this happen, Twitter hadn't offered a direct way for professional producers to stream to Periscope - unitil now.

This past week, Twitter rolled out Periscope Producer - a new interface to Periscope that now allows it to broadcast feeds from external RTMP-based sources.  This is exactly what is needed for Periscope to work with TriCasters.

In this post, I’ll go over how everything needs to be configured both for Periscope and the TriCaster to let you deliver a professional stream to this service.

Since Periscope is a mobile application, the first steps for getting things set up will need to happen on your iOS or Android device.  To get started, find and launch Periscope on your phone or tablet:

When Periscope starts, click on the People button on the right side of the bottom button controls, then press on the My Account button in the upper right:

From the My Account screen, you want to press on Settings:

From the Settings page, scroll down to the Advanced Sources option and select it:

When the Advances Sources page displays, it will show you all of the streaming details you will need to configure your TriCaster:

You will need the information on this screen (Publishing URL and Stream Name) to configure the TriCaster.  This will also be the screen that you will use to manage the broadcast - so keep your mobile device handy.

Launch your TriCaster and select any current session or create a new one.  This session can be any resolution and format that you want, but Periscope is limited to accepting streams at 720p30 or lower resolutions.  Specifically, the stream rate should be below 900kbps for video and 64kbps for audio.

Since the TriCaster doesn't offer a native Periscope preset, we will need to create a custom one for this. Click on the configuration gear on the STREAM button, slide down to New Connection, and select Custom:

In this example, we named the connection Periscope and entered the Server Address and Stream ID (the Stream Name from the Periscope Source Connection Info):

The final step is to select the Encoder Settings you want to use to stream to Periscope. The closest existing profile setting that the TriCaster has to Periscope's streaming requirements is the 1280x720x1024k setting.  While slightly higher than Twitter's recommended setting, this profile does seem to work.  (I'll cover how to create a custom encoding profile for Periscope in another post that will let you match their exact bandwidth requirements.)

Pressing the Preview Button will open a preview screen showing the video stream from the TriCaster, and giving you a line (What are you seeing now?) where you can add a title to the broadcast:

This screen will also let you select the audience for this stream. It can be public, or switched to Private to only target to specific individuals that follow you.  There are also icons in the lower left of the screen that give you a way to send out a tweet with a link to the live broadcast, and to add geo-tagging to your stream that will let your audience know where you are broadcasting from.

When everything is set up, click on the Start Broadcast button.  This will switch you to the live streaming window:

This window will show you how many people are watching your stream at any one time. If people decide to comment on your video, they will appear as 'floating bubbles' that slide in over the video:

This interactive view of your broadcast is very powerful. If you use an iPad to run the broadcast, you can easily track viewer comments and respond directly on-air, creating a high level of engagement with your viewers.

When your broadcast is over, you just need to slide down on the interface to display your options:

You can click Leave Broadcast to temporarily stop broadcasting, or click Stop Broadcast to completely end the production and post it in your Periscope/Twitter timeline as an archive video.

Here is a short video clip showing the start of a Periscope broadcast:

Here is a view of what the broadcast will look like to  anyone watching it:

The introduction of Periscope Producer is likely a response by Twitter to the success Facebook Live has enjoyed in the market - especially among professional video producers. That said, there are several advantages that Periscope has over Facebook Live that could make it a better choice for some of your productions.  Unlike Facebook Live, Periscope allows you to add pre- and post-roll ads to your live events, offering you an additional way to monetize these productions. It is also possible (as you can see above) to embed a Periscope stream into a web page, giving you more control over the experience your viewers will have while watching your productions.

Hopefully this post gives you a good overview of using Periscope Produer with the NewTek TriCaster. If you have any questions we can answer - or have suggestions for other topics we should cover please - just get in touch to let us know.

We always appreciate any social media Likes or Shares you can give, so thanks in advance for your support.  If you would like to be updated when we post new content, just subscribe to our blog at the top of this post. 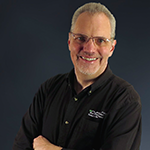